Helen Austen holds a Master’s degree in Human Services with a graduate certificate in Professional Counseling and is a graduate of The New York Institute’s Art and Design’s Interior Design Program. Prior to becoming a full-time professional organizer and interior designer ten years ago, Helen served as center director and counselor for a non-profit helping young families in crisis.

Helen’s first experience as an organizer was in organizing and fully furnishing a two-bedroom condo for a single father and his daughter nearly 10 years ago. That experience was so successful that she’s been unofficially offering decorating and design services for her organizing clients for years.

Helen wanted more formal training before officially adding her design services to her business so she completed The New York Institute of Art and Design’s Interior Design program in mid-2020. Now she’s bringing function back into interior design. The demand for her design services has increased dramatically as people recognize the need for personalized function and design in their homes.

Helen has two sons, one whom she foster/adopted through the foster care system in 2011. In her spare time, she enjoys redecorating her own home, dancing, and spending time with friends and family. 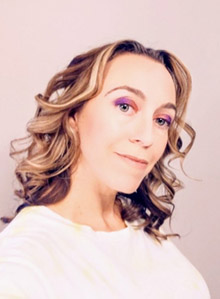